Home » Motorcycle » Guides » Scrambler Bikes – What Are They?!
Guides

Scrambler Bikes – What Are They?!

A scrambler is a unique motorcycle, which is why many people don’t really understand it. This is the trendy rugged, heavy-duty, and vintage-looking bike that’s been the star of the industry lately.

While it’s a popular vehicle for those who love custom bikes, big names are also following the craze. Ducati Scrambler was the best-selling model in its first year, while Moto Guzzi and BMW also have their representative models.

If you’re interested where the scrambler came from, you should continue reading. Take a moment to read the article below to discover more about scrambler motorcycles and what makes them unique.

What Are Scrambler Style Bikes?

Scramblers have been around since the 1960s and earlier. Today, this is a sort of a race motorcycle, but in the past, it was a simple bike transformed seamlessly to work on varying terrain, on and off-road.

In other words, it’s stripped to achieve more speed and taller suspensions. It has spoked wheels with high exhaust pipes and other essential components.

Naturally, the style changed over the years. However, racing grew more popular in the 1960s, which was the reason why manufacturers built these dirt bikes that we call scramblers.

A modern scrambler has a high pipe, semi-knobby tires, and longer travel suspensions. It’s quite a popular motorcycle today since some of the biggest names in the industry have a model or two. 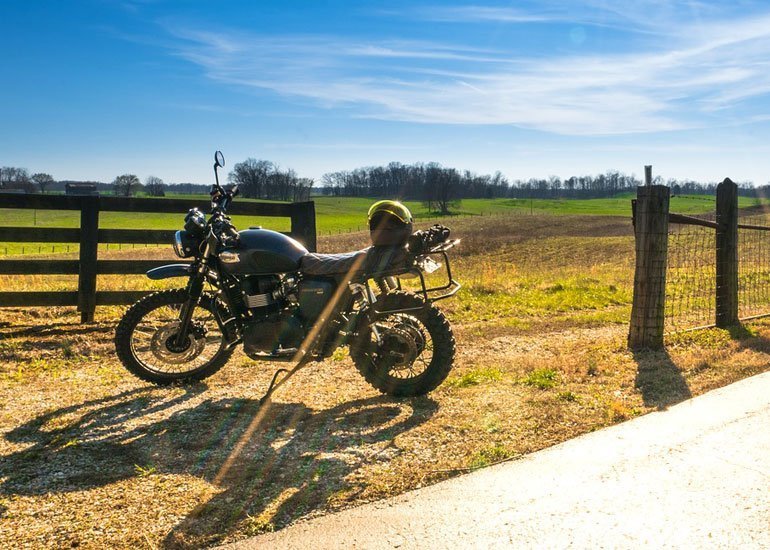 Parts That Make Them Up

If you’re wondering what makes a scrambler, you should know that the list of parts is rather simple and somewhat short. This is what makes it easy to build your own scrambler if you have at least some experience in the matter.

Here’s what gives the scramblers their distinct looks:

Scrambling evolved in the early 20th century for trials riding. The sport was quite rigid and not as exciting for those participating, which is why bikers started breaking off. They were bored with the strict regime, focusing more on the adventurous aspect.

This is what created another sport called “scrambling”. Years passed by, and the sport was better regulated. Soon, official championships were introduced. Some of the most famous names used during that time are no longer around. Nonetheless, Ariel, Cotton, BSA, Greeves, DOT, Tribisa, Matchless, and Velocette were truly iconic.

Naturally, new scramblers don’t look anything like they used to back in the day. In most cases, old models weren’t as suitable for riding on the road. Today, they handle off-road and on-road terrain rather well.

Scrambler seems like a new and popular bike, but it has been around for far longer than that. Today’s version is the 2.0 version of the scrambler resurrected from the 1960s. In simple words, bikers took their motorcycles and stripped them to make them more suitable for racing.

For nearly every biker, the process of doing this is rather interesting, challenging but also time-consuming. Still, after all these years, scramblers stuck around and are still equally as popular though far more modern and advanced. 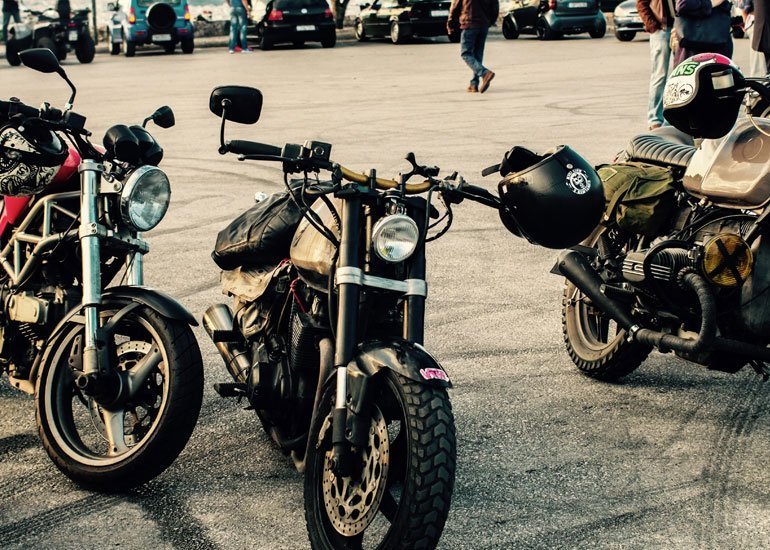 Examples of Popular Models and Manufacturers

As we said, plenty of manufacturers and big names make some of the best scramblers today as well as back then.

Most of the names that come to mind aren’t really as surprising. You’ll definitely recognize some of the names even if you don’t know the scrambler industry as well. Here are some of the biggest names and their most popular bikes:

Introduced in the year 2006, this bike was actually the only one available for almost a decade. At the time, it was a bike with retro looks, considered a natural change from the previous model.

Triumph did a great job of presenting the aesthetics but not so much the performance. The bike was criticized for not being as great for scrambling. It was too heavy and with far too little power for off-roading.

It’s also important to note that this scrambler isn’t available as a separate model anymore. It’s now only available as a modifications package on the brand’s regular Bonneville.

This was the bike that made the scrambler popular in 2015. It was a revamp of a 1960s model Ducati presented in the USA.

The brand did a great job with this scrambler, offering great vintage style in four variations. Its powerful 75HP V-twin engine is a part of an all-around bike meant for all types of rides.

The only thing that was a bit itchy was the placement of the pipes. The motorcycle lacks a high-mounted exhaust, which many people consider the essential part of a scrambler.

Moto Guzzi already has a great line of roasters in the V7 line, so it’s was quite natural for the brand to progress into making scramblers. The Stornello is a good-looking bike, looking quite retro but still modern thanks to the dual-channel ABS, 6-speed gearbox, and traction control.

However, it’s a bit underpowered, which reflects very much onto his overall performance. It has 48 horses, weighing 410 pounds, which makes the bike somewhat too fancy for actual scrambling.

Though the exhaust is high-mounted, it doesn’t really look as good. Nonetheless, the Stornello is an attractive scrambler.

For BWM, it was quite unexpected to come out with the RnineT because the motorcycle basically broke all the brand’s rules. Nonetheless, it was a huge hit almost instantly.

This is a solid, functional, and refined bike that you’d expect to come from a brand such as BMW. In 2015, BMW said they’ll come out with a few variants of their RnineT. This was another hit since the new scrambler performed similarly to their original.

When it comes to looks and design, the new one looks more visually pleasing than the old one as it was expected from BMW.

Scramblers vs. Other Motorcycle Types

Air-cooled engines are used to achieve the stripped-down look. This also helps save weight.

Rough-terrain tires meant to offer a better grip on the road.

Other features such as smaller lamps, seats, and fuel tanks are also used to save weight and achieve a stripped-down look.

Upgraded, better suspension to deal with off-road conditions that are usually rugged.

The best way to describe the look would be “stripped-down”. In other words, it’s like if you would take a regular bike, stripping it down to save weight. Such an approach gives these motorcycles a retro look and feels, which is always appealing to nearly everyone.

However, there’s more than just looks. Scramblers are built in such a way to give you the best of on-road and off-road riding. In essence, it’s meant to look retro and stripped down, but also be fully functional and easy to handle on different terrain.

At this point, you probably have a better understanding of what a scrambler is. In most cases, people don’t have a precise idea of what these bikes are, although they’ve been around for as long.

Naturally, scramblers evolved and changed with years thanks to innovative technologies and advanced engineering. As a result, new models we now have from Ducati and BMW are far easier to use and better-looking than those we had in the 1960s.

Hopefully, the information we provided helped you have a better idea of why scramblers are as popular. These bikes are a lot of fun, and they’re also functional and convenient, which is what makes them worth the attention.